THEATREWORKS FLORIDA is a 501(c)(3) Central Florida based, award-winning professional theatre company. We offer some of the finest theatrical musicals available today as well as produce new, original works from area artists and artists from around the country. Led by Artistic Producer/Director Scott A. Cook, originally from New York, THEATREWORKS FLORIDA has already attracted many of Central Florida's best actors, musicians, and dancers, as well as stage and production crews who raise the performance bar ever higher. To view Mr. Cook's past production work, please visit: ScottACook.com.

MISSION STATEMENT
THEATREWORKS OF CENTRAL FLORIDA STRIVES TO CREATE A POSITIVE CONTRIBUTION TO THE QUALITY OF LIFE THROUGH THE ARTS BY BRINGING SUPERIOR, PROFESSIONAL PERFORMANCES TO THE STAGE AND OUR COMMUNITY ON A YEAR ROUND BASIS.

VISION STATEMENT
THEATREWORKS OF CENTRAL FLORIDA HAS ESTABLISHED SEVERAL DIVERSE PROGRAMMING DIVISIONS WORKING SIMULTANEOUSLY WITHIN THE CORPORATION. UTILIZING A STRENUOUS YET REALISTIC TEN-YEAR PLAN, THEATREWORKS FLORIDA WILL STRIVE TO BECOME A HIGHLY RESPECTED REGIONAL THEATER COMPANY, PROVIDING MANY PERFORMANCES WITH A WIDE REALM OF SUBJECT MATTER. IT IS OUR REALITY TO BECOME AN ICON OF PROFESSIONAL QUALITY AND CULTURAL GROWTH FOR THE POLK COUNTY COMMUNITY AND ALL OF CENTRAL FLORIDA.

1) MAINSTAGE PLAYS AND MUSICALS: PROFESSIONAL PRODUCTIONS
MISSION: To provide, preserve and promote the advancement of the art of live theatre by creating excellence in the arts that is engaging, entertaining and educationally insightful for all audiences.

2) THEATRECARES: COMMUNITY OUTREACH
MISSION: To provide a unique outreach program that promotes lifelong learning in the realm of the performing arts by creating special tours and programs for audiences who are physically, emotionally, financially, socially or geographically challenged and may otherwise not have the opportunity to embrace and engage in the art of a live performance.

3) CLASSWORKS: EDUCATIONAL PROGRAMMING
MISSION: To provide educational opportunities in the art of live theatre to aspiring youth and adults, taught by professionals on a professional level. Through intensive workshop and professional class formats, students will deepen their relationships with the theatrical process on all levels, fine tune their theatrical skills and enrich the community with exciting dynamic performances. 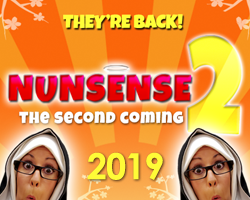 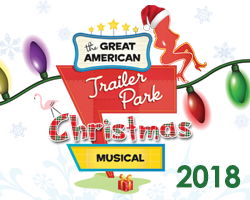 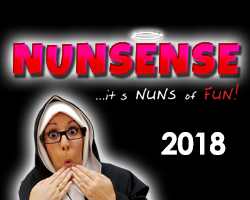 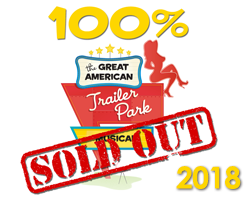 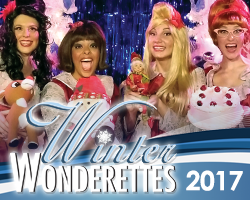 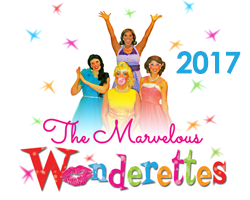 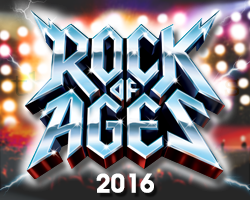 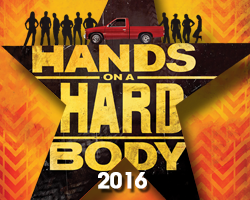 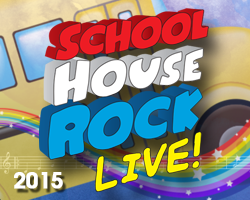 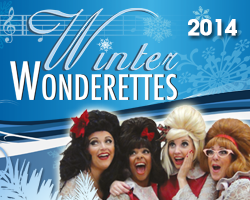 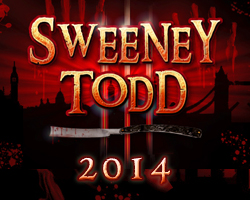 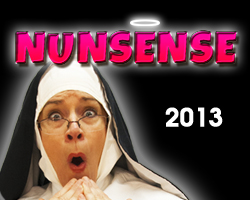 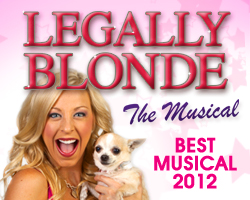 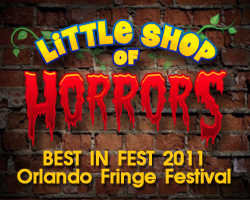 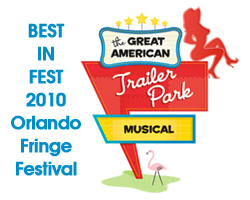 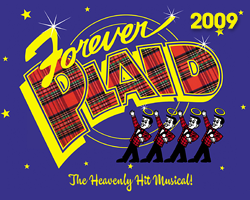 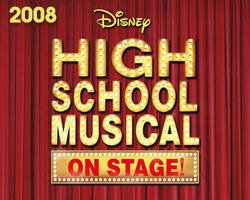 THEATREWORKS FLORIDA
BOARD OF TRUSTEES AND STAFF

JAMES F. BECK - VICE PRESIDENT/PRODUCTION DESIGNER
Current Bio: Jim is the Designer/Technical Director and Department Chair of the Department of Theatre Arts at Florida Southern College. He has been designing and directing for various theatre companies as well as teaching at the college level since 1988. Jim served as resident designer for The Misery Loves Company and The Kenley Players, in Cleveland Ohio, where he designed for Tony Randall, Loni Anderson, Barbara Eden and Judy Kaye, among others, before coming to Florida in 1996. Since coming to Florida, he has designed and directed for several Central Florida theatres. Jim received his BA in Theatre from Hiram College in 1984 and an MFA in Production Design and Technology from Ohio University in 1986. After completing coursework in the doctoral program in theatre history and criticism at the University of Missouri in 1988, he began teaching and working professionally in scenic and lighting design. Jim has been the Resident Designer for TheatreWorks Florida since its inception in 2007, and received an award for best scenic design for his design of The Great American Trailer Park Musical at the Orlando International Fringe Festival in 2010, as well as the "high tech" award for that production. In addition to his theatrical pursuits, Jim leads an annual Study Abroad trip to the Centre International des Etudes Francaises, in Angers, France.
AFFILIATIONS: Florida Southern College (Lakeland, Florida).
WEBSITE: JamesFBeck

BARBARA ANDERSON - SECRETARY-TREASURER/MARKETING DIRECTOR
Current Bio: Barbara has played a key role since the inception of TheatreWorks Florida. She has helped to run the company in areas that include public relations, advertising and setting up financing. She has worked for 24 years with several major companies running their PR/ad dept. in Central Florida. She brings a wealth of knowledge to the table in the promotional department and has been treasurer for several non-profit companies in the past. Barb currently owns and operates BARB'S BLUE WATERS - a highly successful pool construction company in Central Florida.
AFFILIATIONS: Barbs Blue Water (Sanford, FL), Sanford School of Dance (Sanford, FL).

ABELARDO GONZALES - ARTISTIC MEMBER: COMPANY MANAGER
Current Bio: Abelardo has a 24-year background with the USAF where he was most recently the Operations Manager, Aerospace Medicine, MacDill AFB, FL. He has a very strong background in management, supervision, training and excels in research and development. He is responsible for creating TheatreWorks of Central Florida's efficient and effective business and administrative operating procedures and policies, as well as negotiating legal contracts, overseeing company and production budgets and has developed a strong research team. Additionally, TheatreCares is Abel's brainchild and its success, with the support of the National Endowment for The Arts, is a fantastic and essential arts program for our entire Polk County community.
AFFILIATIONS: USAF Ret, Davenport Arts and Cultural Alliance - Chair (Davenport, FL), Davenport School Task Force (Davenport, FL).

ALEXIS SENGE JOHNSON - ARTISTIC MEMBER: DEVELOPMENT DIRECTOR
Current Bio: Alexis is a University of Central Florida alumni with both an undergraduate degree in Management and a Master's degree in Nonprofit focused on organizational development, grant writing and fundraising. Coupling her many years of professional experience in the production of live entertainment and special events at Walt Disney Parks and Resorts and SeaWorld Parks and Entertainment with her fields of study, Alexis now gives back to her arts community by merging creativity with analytical insight. She has partnered with organizations such as The Henegar Center for the Arts, VSA arts of Florida - Brevard, Canine Companions for Independence Southeast Region, Rebuilding Together and UCP of Central Florida on a variety of projects that propelled them to new levels.
AFFILIATIONS: USTA (Orlando, FL), Walt Disney World Resort (Orlando, FL).

LINDSAY WILSON MOSS - ARTISTIC MEMBER: CHOREOGRAPHY
Current Bio: Lindsay began dancing at the age of six with the Maryland Youth Ballet School. She has studied with the Joffrey Ballet School on scholarship for 2 years, Columbia City Ballet and Michael Steele of the New York City Ballet. She holds a B.F.A. in Dance from Jacksonville University. She has appeared on cruise ships across the globe, created dance roles in Cirque Du Soleil's Mystere and Quidam, and now performs daily at Disney MGM Studios Beauty and the Beast. She has written a book called YOU MADE THIS DRINK, YOU DRINK IT and appeared on Oprah Winfrey Show during her book tour.
AFFILIATIONS: New York City Ballet (New York, NY), Columbia Ballet (Columbia, SC).

RON BURRAGE - ARTISTIC MEMBER: MARKETING DESIGN
Current Bio: Ron Burrage is a Creative Director with over 35 years experience in consumer products and packaged goods. He's led design teams for some of the world's largest and most beloved companies, including: The Walt Disney Company, PepsiCo, Cranium, Inc., The Olive Garden, Procter and Gamble and The Hershey Company. Ron's passion for art doesn't end with the products he creates - he's an award-winning musical theater performer, commercial and voice over artist and just finished filming his first feature length film, CORNHOLE: THE MOVIE. Ron has designed all branded logos for TheatreWorks Florida and it's affiliate programs. He is currently Head of Beverage Design (North America) with PepsiCo.
AFFILIATIONS: PepsiCo (NY, NY).

JOSH LEVINE - ARTISTIC MEMBER: SCRIPT WRITING & DEVELOPMENT
Current Bio: Josh Levine is proud to be an Artistic Member of TheatreWorks Florida. He has currently written for HBO with Natasha Rothwell, Playing House and the Emmy-award winning Schitt's Creek. Levine's A Merry Jewish Christmas premiered at Bailiwick Rep. in Chicago and was named No. 1 Alternative Holiday Entertainment in Chicago Magazine, and his Starry Night was part of the Blank Theatre's Young Playwrights Festival, which went on to receive a six-week run at the Second Stage Theatre in L.A. Levine also served as Terrence McNally's assistant on the musical, The Visit, at the Goodman Theatre. He is a member of the Dramatists Guild, BMI Lehman Engel Musical Theatre Workshop, and represented by The Barbara Hogenson Agency. Levine is a playwriting graduate from DePaul University.
AFFILIATIONS: Playwright's Union, Dramatist Guild, Blank Theatre's Living Room Series Artistic Committee (Los Angeles, CA).

JENNIFER MARSHALL - ARTISTIC MEMBER: ARTS EDUCATION
Current Bio: Jennifer Marshall is an award-winning director, choreographer, and actor from the Central Florida area with over 20 years of experience in developing and administering children's arts educations programs. She has been working with TheatreWorks Florida since its inaugural production, Disney High School Musical Live, in 2007 at the Polk Theatre (Lakeland, FL). Jennifer is co-Founder and Artistic Director of The Edge Theatre Company, a semi-professional theatre company in the Central Florida area, and is an associate member of the Stage Directors and Choreographer's Society. The performing arts have been instrumental in shaping Jennifer not only into theatre professional, but the person she is today. Her commitment to arts education, deeply rooted in her own childhood, is fueled by a passion to discover and develop theatrical talent in others. In her spare time, Jennifer is a civil engineering project manager with AIM Engineering and Surveying, Inc., where she designs roads and prepares public outreach materials for transportation projects.
AFFILIATIONS: Florida State Dept. of Transportation (Tallahassee, FL), AIM Engineering and Surveying, Inc. (Leigh Acres, FL), The Edge Theatre Co. (Bartow, FL), Associate Member of Stage Directors and Choreographers Society (National), Community Partner, STEM - Bartow Elementary Academy (Bartow, FL), American Society of Civil Engineers, National Society of Professional Engineers (National).

TheatreWorks Florida is a 501(c)(3) non-profit public charity; established on April 20, 2007. Division of Consumer Services Registration #: CH24420A COPY OF THE OFFICIAL REGISTRATION AND FINANCIAL INFORMATION MAY BE OBTAINED FROM THE DIVISION OF CONSUMER SERVICES BY CALLING TOLL-FREE (800-435-7352) WITHIN THE STATE. REGISTRATION DOES NOT IMPLY ENDORSEMENT, APPROVAL OR RECOMMENDATION BY THE STATE.